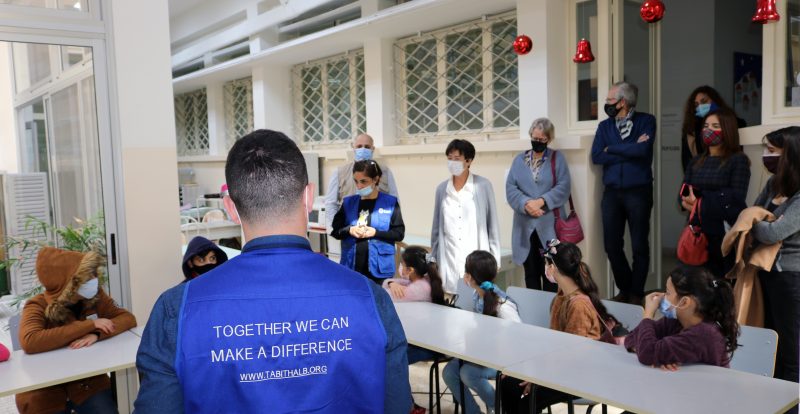 The Chargée d ‘affaires of the Netherlands in Lebanon, Ambassador Frederique de Man, visited our community center in Achrafieh on the 8th of December 2020, along with 2 of her team members. Upon her arrival, the team explained the services and operations of the center. Lebanon’s Country Director, Najla Chahda, welcomed the Ambassador and informed her about the launch of the community center in partnership with MSD and the Daughters of Charity as a result of people’s needs after the Beirut blast on the 4th of August. 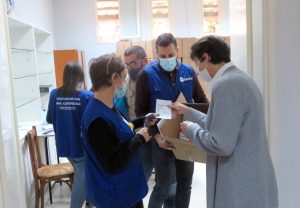 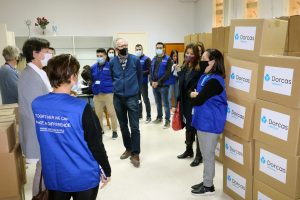 During her tour, the Ambassador observed the activities at the center including the food parcels and hygiene kits distributions, and the hot meals activity. All these distributions cover the “Karm el Zaytoun” area which is an area with very poor conditions along with other affected areas by the blast where people are the most vulnerable. She explained being impressed by the ambiance in the center.  The community center manager made sure to explain everything that caught the Ambassador’s attention. The team was engaged and excited to receive the Ambassador as her visit motivated them and ensured them that they are doing great work of helping the people in need. In addition to the parcel distributions, the team has also launched the hot meals activity at the kitchen in the center. The Ambassador witnessed the meal preparation that was done by the ladies and she expressed her admiration of this process. This activity was also launched as a result of the explosion to support the people who are in desperate need and are unable to afford their daily meals. The Ambassador didn’t only show her admiration about this, but she also showed her concern upon the end of this activity and the future of the people who are benefiting from it with the main focus on the elderly and people with disabilities. MSD’s Director, Wissam Tannous, assured her that both MSD and Dorcas/Tabitha are doing their best to extend this project due to the dire needs of vulnerable people. The team has the idea of assisting the women who prepare the meals to start-up a small business initiative that will be used as an income source for them and it will allow vulnerable people to buy hot meals at a lower price with the possibility of home delivery. The Ambassador also watched the kids’ psychosocial support session in which they were learning about feeling expressions with their facilitator. The kids were actively participating and they were excited to show their drawings to the Ambassador who also showed a keen interest in them. 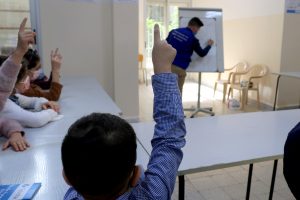 Dorcas/Tabitha gifted the Ambassador and her team with a customized mug on the occasion of The 16 Days of Activism against Gender-Based Violence. This campaign is of great importance to Dorcas/Tabitha’s team and every year the team organizes an event or an activity to honor this day. This year was no different since the early stages of the COVID-19 pandemic in the region show that there has been an increase in violence against women and girls.

The visit was concluded by an excellently prepared lunch organized by the team in honor of the Ambassador’s visit. Afterwards, the Ambassador paid a short visit to Bourj Hammoud where the Dorcas team explained to her and her colleague Vida Hamd about Dorcas’ repair activities of apartments and shops that were damaged by the explosion. On behalf of Dorcas/Tabitha’s team, we thank her Excellency and the Dutch Embassy’s team for showing their support. 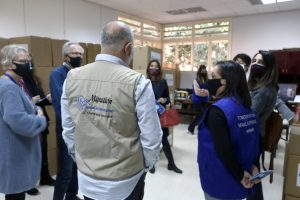 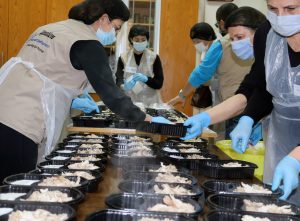