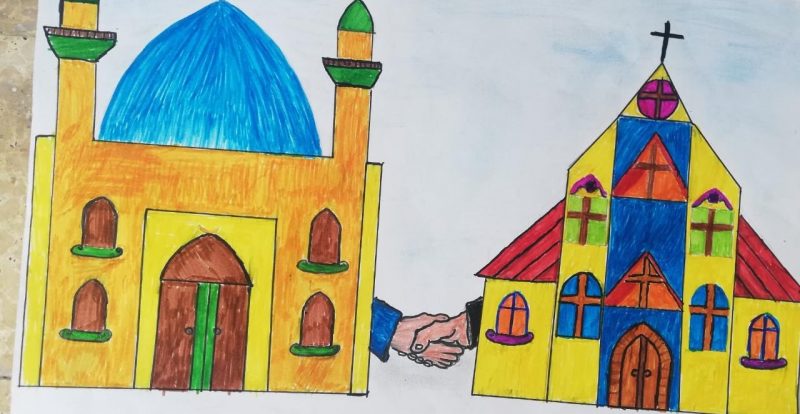 Hassan is an 11 years old Syrian boy living in Lebanon since 2011. Hassan wanted to participate in the drawing competition and when we asked him why he decided to draw this picture he said that when he was little, he always heard from his community to be careful from Christians who don’t love Muslims and that they want to hurt them. However, when he started going to school and participating in mixed activities with Lebanese and Christian friends, he realized that the differences in a religion should not be a reason for a conflict. Hassan added “I want the world to see that we are siblings and we should support each other”

For the realization of the Picture, Hassan went to the church and Mosque located in Batroun, spent many hours observing each and every detail of the buildings and started drawing them.

Tabitha is fighting COVID19 while taking into account all the preventive measures.